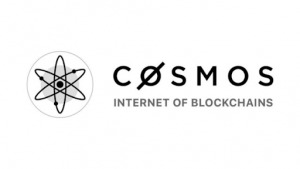 The Cosmos Blockchain with a market ticker of $ATOM as its token, but why is the Cosmos blockchain ‌ called the “Internet of Blockchains” by developers?

In this cosmos article as we cover these main topics:

Once you’ve learned the fundamentals of the Cosmos blockchain, you can begin your journey by staking your $atom tokens, gaining access to create decentralized finance applications that allow people to trade, invest, and lend without the need for traditionalized central banks, voting on governance decisions, and creating game economies such as in-game assets that can be sold.

What is a Blockchain?

First, we must know what a blockchain is to fully understand the Cosmos Blockchain since it is called the Internet of Blockchains. Blockchain is like a database that stores information electronically in digital format. It also collects information in groups that become blocks that hold a vast amount of data. When its data storage limit capacity is filled, it will be linked to previously filled blocks, forming a data chain known as the blockchain.

One example of this is Bitcoin; which uses blockchain. The blockchain is decentralized, no one has control, all transactions are permanently recorded, and anyone has access to view the records. Due to the decentralization of the blockchain, the data entered is irreversible.

What is Cosmos Blockchain?

Cosmos is called the internet of blockchains. Cosmos uses a protocol called: the IBC protocol, which stands for Inter-Blockchain Communication protocol, to exchange digital assets and data. The Cosmos network currently contains over apps and services, including Binance Chain, Terra, Crypto.org, and Cosmos Hub.

Developers can use Cosmos to create completely autonomous application-specific blockchains that can easily interconnect. They can avoid high transaction fees and network congestion by enforcing their own rules and scaling them for widespread adoption. This shows the implications for the future of decentralized finance (DeFi), non-fungible tokens (NFTs), gaming, social networks, marketplaces, and the value of the internet.

Cosmos Blockchain is called the Internet of Blockchains because it empowers ‌developers by:

Allows the community to organize and allocate resources to its members. Atom tokens can be used by individuals to vote and govern their own communities.

Cosmos enables communities to create autonomous social networks in which every user has a voice, can create value, and benefits from the value creation of others.

Developers can create exchanges and marketplaces that enable permissionless global trade. Developers can also build autonomous application-specific blockchains rather than smart contracts on other chains. It saves users money by eliminating high transaction fees and network congestion, and it makes Decentralized Finance available to everyone.

Cosmos enables game developers to create unique collectibles and character upgrades that can be monetized without the need for third-party approval or app store fees.

What is the Cosmos Hub?

The Cosmos Hub serves as Cosmos’ economic center. The Cosmos Hub delivers important services on blockchains that are connected to it, such as interchain token exchange; shared security through interchain security, Network Bridges of Bitcoin and Ethereum Network, and secure ownership of digital assets. Cosmos Hub has a token called ATOM; its token can be used for staking and earning rewards since Cosmos blockchain uses proof of stake consensus.

The Cosmos Blockchain is made up of three tools that help the network to function.

IBC is an interoperability protocol that allows arbitrary data to be communicated between arbitrary state machines. The IBC protocol has two layers: the transport layer and the application layer. The transport layer is responsible for establishing secure connections and authenticating data packets between chains.

The IBC Protocol is responsible for connecting each Atom zone to the Cosmos Hub. Each zone is in charge of different validators, transactions, token creation, and distribution. In addition, the protocol ensures that ‌connection and communication are both secure and fast. Every zone is self-contained and does not require intervention from the hub.

Tendermint is software for securely ‌replicating an application across multiple machines. The name is derived from the way transactions are grouped in blocks. Tendermint Core, the consensus engine, ensures that the same transactions are recorded on all machines in the same order.

Cosmos is using Tendermint Core, which uses a consensus mechanism called:  Proof-of-Stake that helps ‌govern Atom Cosmos’s massive network of transaction validators ‌called the nodes. Cosmos network is using the Tendermint BFT Engine algorithm that helps developers to keep adding new zones to the Cosmos network. The number of Atom tokens you stake determines your chances of becoming a validator on Cosmos.

The Cosmos-SDK is for creating multi-asset public Proof-of-Stake (PoS) and permissioned Proof-Of-Authority (PoA) blockchains, such as the Cosmos Hub. The SDK is an open-source framework and npm framework for building secure blockchain applications on top of Tendermint.